Our Most Recent Performances!

May, 2020 - "25th Anniversary Concert: A Celebration of a Quarter Century of Chorale" - This concert season was to feature a wonderful collection of the Chorale's favorite works of the past 25 years. Though the name "North Hills Chorale" did not take hold until 2002, the choir itself had been singing consistently for 25 years. Unfortunately, due to the Covid-19 pandemic, the concert season was cut short. Rest assured, the choir will be back once things are safe and will once again bring love and community through music!

December 7-8, 2019 - "Let Your Heart Be Light" - This concert featured music all about "light." In this season of light, we reflected musically on the ways that we can be a light to the world and a candle in the dark. We were joined by 9-grader William Sun on violin. Two packed audiences helped to bring the Christmas spirit to this concert season! (Click Here for Program)

May 4-5, 2019 - "Sing Me to Heaven" - Dedicated to the victims of the tragic attack on the Tree of Life Synagogue in Squirrel Hill, and in loving memory of our dear friend John Ignatius, this concert featured music that took us through the journey of passing, pleading for God's help, prayer, and praising His ultimate assistance. (Click Here for Program)

December 8-9, 2018 - "Favorite Christmas Memories" - Traditional Christmas carols were presented in a new and creative fashion. As each song was introduced, members of the audience, who had previously been handed a "gift," unwrapped the gift (an ornament) and hung it on the Christmas tree. At the end of the concert, the tree was fully decorated and lit up. It was a wonderful way to feel community between all involved and help create a true feeling of Christmas. (Click Here for Program)

May 4-6, 2018 - "One Voice" - This concert highlighted a variety of genres and musical styles that showed us how we are all connected. The emotionally charged concet followed a cycle of struggle to peace. (Click Here for Program)

May 6-7, 2017 - "Make My Life a Song" - Music that highlighted the beauty of life and the cycle from birth to death, and eventually resurrection, was performed. This concert featured beautiful new arrangements and the premiere "Dawn," composed by Director Thomas Koharchik. (Click Here for Program)

December 10-11, 2016 - "The Merry Bells of Christmas" - Newer arrangements of classic Christmas carols were the highlights of this concert. It included a few four-hand piano arrangements, giving some members an opportunity to showcase their musicianship. (Click Here for Program)

May 14-15, 2016 - "An American Journey" - American music often is overlooked and this concert set music of a wide variety of genres into a historical look into America's past. It featured a few early works by William Billings, several spirituals, and settings of hymns from various collections of the 1800's. (Click Here for Program)

December 12-13, 2015 - "Celebrate the Season" - This concert featured music that highlighted the importance of the Christmas season, not only from a religious perspective, but also in the personally "spiritual" perspective. Included was a cantata composed by Joel Raney and several works by new composers. (Click Here for Program)

May 2-3, 2015 - "Songs of Hope and Inspiration" - This concert featured music that spoke to that which provides comfort and strength, hope and inspiration, in times of hardship. Music included the famous "Cantique de Jean Racine," Randall Stroope's "Omnia Sol," and an original work by our director which he composed during his deployment to Iraq in 2004 titled, "Be Still." (Click Here for Program)

December 6-7, 2014 - "International Carols; American Composers" - Our December concert included only music that was composed by or arranged by American composers. The feature work was Conrad Susa's "Carols and Lullabies" featuring the instrumental assistance of Rob Reams (vibraphone and marimba) and Daniel Burgun (guitar). (Click Here for Program)

April 26-27, 2014 - "At the Movies" - This concert highlighted music from famous, and even some not-so-famous, movies. The 'Glass Faimly Brass' accompanied one of the selections and the concert also included guest appearances by Monica Meyer on oboe, Stephen Ehrlich on cello, and Nick Druga on drums. (Click Here for Program)

December 14-15, 2013 - "A Season of Light" - This concert, featuring the 'Glass Family Brass', was centered around light.  Performances also included visits to the Shaler-North Hills Library and to Vincentian Regency. (Click Here for Program)

May 4-6, 2013 - "How Can I Keep From Singing" - This concert featured John Leavitt's "Requiem" and, though centered on a requiem, was a concert of hope and inspiration.  It was also performed at Parkwood United Presbyterian Church in Allison Park. (Click Here for Program)

December 8-9, 2012 - "Bouquet of Carols" - This wonderful collection of traditional and non-traditional lighter holiday music was an excellent way to start the season.  This concert was performed also at the Shaler North Hills Public Library on December 3rd. (Click Here for Program)

May 5-6, 2012 - "The Voice of the Soul" - Titled after one of the selections in the concert, this performance featured music that related in one way or another to various emotions.  Included were "The Argument", "Wanting Memories", "Sure on This Shining Night", and "We Rise Again". (Click Here for Program)

May 22-23, 2011 - "Simple Gifts, Simply American: Songs that Shaped America" - The music of America has been shaped and defined by the traditions of many other cultures and musical genres.  This concert, however, focused on the music of American composers such as Aaron Copland and Libby Larson.  Performances took place at Parkwood United Presbyterian Church in Allison Park as well as our standard performance location at Kearns Spirituality Center. (Click Here for Program)

December 11-12, 2010 - "1777: A Colonial Christmas" - Featuring a wonderful cantata that told the tale of separation and hardship, while maintaining the hope and joy of the season.  Also included were selections of a more contemporary nature, including Eric William Barnum's "Sweeter Still, A Holiday Carol" and Stephen Main's "The Darkest Midnight in December". (Click Here for Program)

May 15-16, 2010 - "A Musical Feast" - This concert featured a food theme, with refreshments provided. It was different than our "normal" repertoire and was fun for all!

December 12-13, 2009 - "A Modern Renaissance" - This concert showcased the differing styles of music from the earliest days through the current choral movement. A collection was taken for the North Hills Community Food Pantry.

May 8-9, 2009 - "Take Me to the Water" - This concert was all themed about water.  We invited special guest soloist Maddie Georgi from Hampton High School to sing Moses Hogan's "Wade in the Water".  We even accompanied ourselves in one of the selections using wine glasses.  It was truly an interesting concert!.

December 6-7, 2008 - "Christmas Is..." Our annual holiday concerts consisted of the Christmas Cantata A Child This Day, a work of traditional holiday music. The cantata was followed by various other works that were lighter and less traditional, including Jumble Bells, Star Carol, Before The Marvel of This Night, Christmas Is..., and Variations on "Deck the Halls."

May 3-4, 2008 - This concert was centered around a peace and freedom theme. Our large work, The Testament of Freedom, consisted of music set to some of Thomas Jefferson's writings. Other works included A Prayer for Peace, My Shepherd Will Supply My Need, and Ani Ma'Amin.

December 1-2, 2007 - A 1940's Christmas Homecoming!  A dramatic musical filled with upbeat, big band arrangements of popular Christmas tunes, bringing the 1940's period fully to life.  The music was centered around a WWII soldier's Christmas Homecoming.  The concert also included additional pieces, including a Scottish arrangement of Auld Lang Syne.  Audience members donated five bins of food and $200 to the benefit the All Saints Food Bank in Etna.

May 4 & 5, 2007- "The Poetry of Music" - A concert which included music using the words of well-known poems by Robert Frost and Emily Dickinson.

December 2 & 3, 2006-"Ceremony of Candles, A Cantata for Advent and Christmas". Annual holiday concert at Kearns Chapel, Sisters of Divine Providence.

May 21, 2006- "American Prayer, Hope, and Freedom" - A concert to benefit Providence Connections, Inc. that featured the world premiere performance of Paul Carey's "1944".

November 27, 2005- A benefit concert to raise money for the St. Michael Food Bank.

November 7, 2004- To benefit the residents of the Pittsburgh region affected by the floods left by Hurricane Ivan, the Chorale sang in the "Reach Out and Help" concert.

September 18 & 20, 2004- The world premiere of Nancy Galbraith's "God of Justice" to celebrate the 10th Anniversary of Providence Family Support Center.

April 25 & 26, 2003- For the Providence Family Support Center. The Chorale performed a concert of Rene Clausen's "A New Creation". 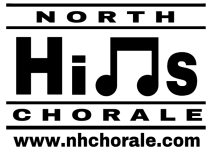 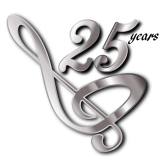